X
10-Days of Yoga & Cooking Italian Style
If you have always dreamed of Tuscany, this is the yoga trip for you. We will start with a stay at a working estate for 6 nights and learn to cook Italian food. Yoga in the mornings, followed by kitchen time with a wonderful group of chefs. Afternoons will be spent exploring the nearby cities and ancient sites. Even a truffle hunting day! We will finish with 3 more nights at a nearby villa doing yoga while we soak in the Tuscan ambiance.
October 6-15, 2019
$1,500 Deposit to hold a spot 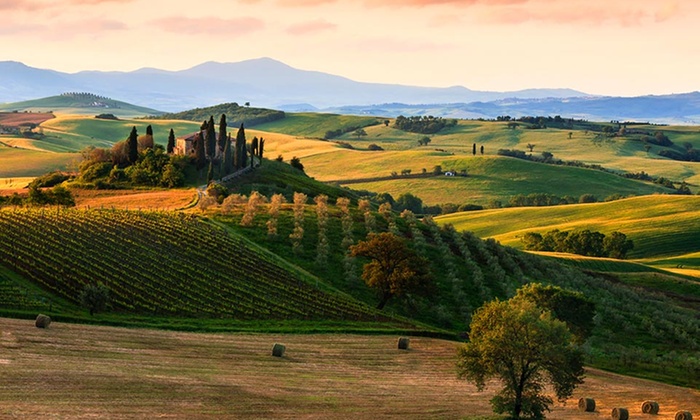 This memorable adventure is only $4,650 based on double occupancy. There is not a single supplement for this journey.
Includes:

Your exciting excursions include: 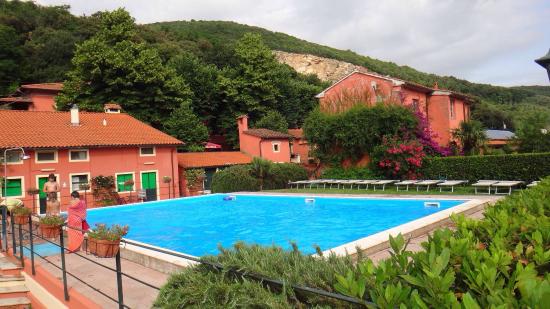 Toscana Saporita is based in the majestic 15th-century villa and 70 acre farm known as Casa Rossa in the Lucca region of Tuscany featuring excellent  accommodations and outstanding cooking facilities. The Casa Rossa farmhouse was established alongside an old customs house in the commune of Lucca, which was converted, at the end of the C18th, into a hunting lodge with an attached farm.
Villa Valgiano near Lucca 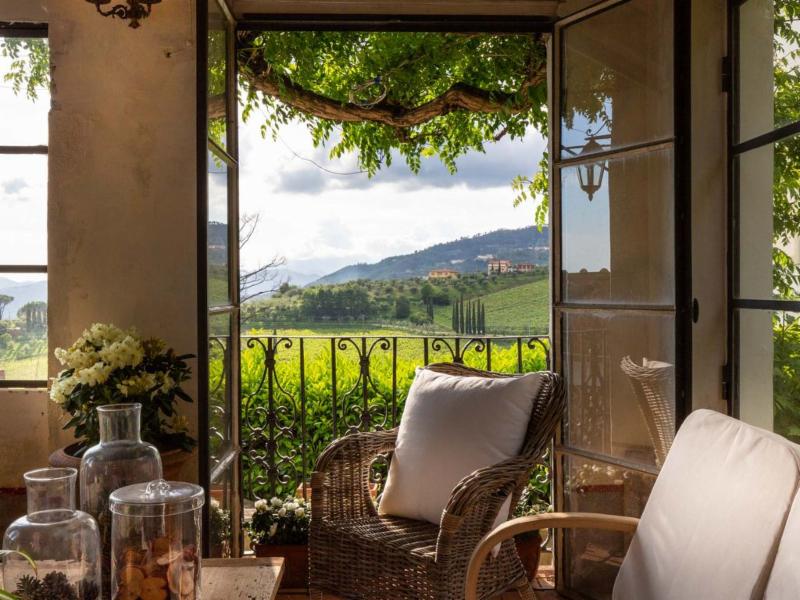 Villa Valgiano is an exquisite country villa in the Lucca region of central Tuscany. Situated in a secluded, rustic setting just 20 minutes from Lucca, the villa features beautiful, panoramic views of the surrounding hills and villages, extraordinary indoor and outdoor living and dining areas, and a deluxe private spa.

Lessons, averaging three hours per day, are taught by Sandra Lotti, who is acclaimed for her numerous Italian cookbooks and mastery of all types of Tuscan cuisine. Classes are small and make use of all-natural, seasonally-fresh ingredients from our garden: farm to table! Essential Tuscan techniques you will master include: fresh homemade pasta, raviolis, gnocchi, pizza, bread, focaccia, risotto, bruschette and crostini, roasted meats, fish and meat preparation, pastry dough and desserts, biscotti, ice creams and sorbets, vegetable and grain soups, sour dough and breads…..and much more! 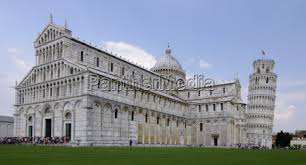 Pisa is a city and commune in Tuscany, central Italy, straddling the Arno river just before it empties into the Ligurian Sea. Although Pisa is known worldwide for its leaning tower (the bell tower of the city’s cathedral), the city of over 91,104 residents (around 200,000 with the metropolitan area) contains more than 20 other historic churches, several medieval palaces, and various bridges across the Arno. The city is also home of the University of Pisa, which has a history going back to the 12th century.
Afternoon in Lucca 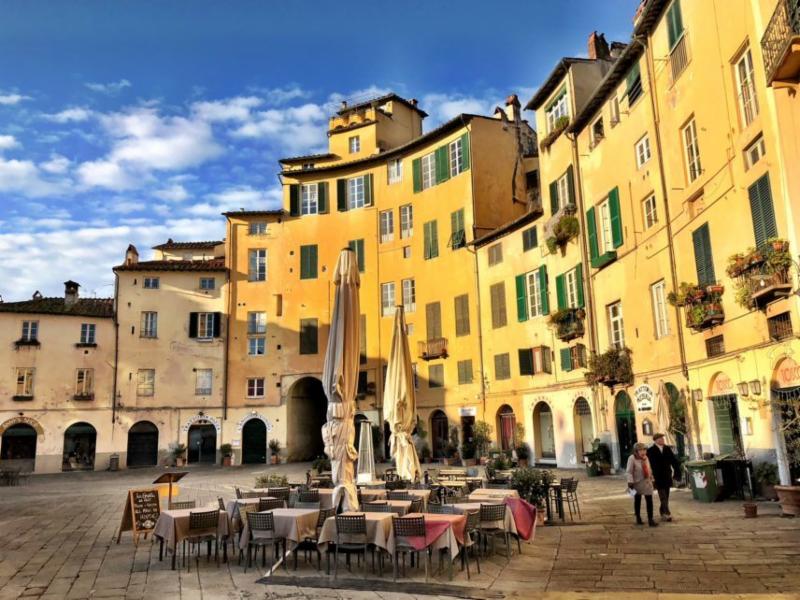 Lucca was founded by the Etruscans  and became a Roman colony in 180 BC. The rectangular grid of its historical center preserves the Roman street plan, and the Piazza San Michele occupies the site of the ancient forum. Traces of the amphitheater may still be seen in the Piazza dell’Anfiteatro. The walls encircling the old town remain intact, even as the city expanded and modernized. Once the walls lost their military importance, they became a pedestrian promenade, the Passeggiata delle Mura Urbane, a street atop the walls linking the bastions.
Pietrasanta 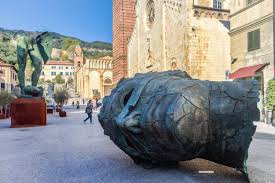 Known as the Little Athens of Italy and the home of marble, Pietrasanta is a medieval town near the coast. It is home to many international artists and full of marble and bronze workshops. Its monuments and public sculpture displays are incredible.
Roman Ruins of Massaciuccoli 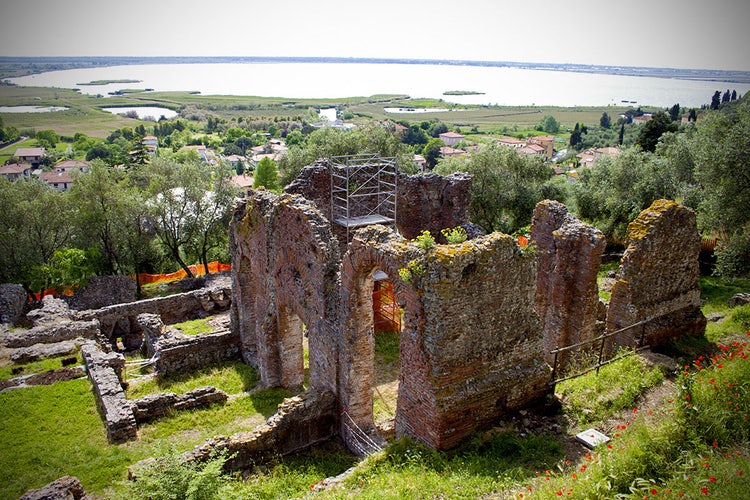 Massaciuccoli Romana is a splendid archeological area located in the municipality of Massarosa, on the banks of Lake Massaciuccoli.

The site includes the ruins of the villa that once belonged to the Venulei family, built at the beginning of the 1st century BCE, which conserves a monumental thermal complex situated in a panoramic position from which visitors can admire a view of the lake, the coast and the sea. 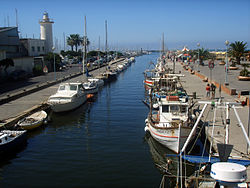 It is known as a seaside resort as well as being the home of the famous carnival of Viareggio (dating back to 1873), and its papier-mâché floats, which parade along the promenade known as “Passeggiata a mare”, in the weeks of Carnival.
The city traces its roots back to the first half of the 16th century when it became the only gate to the sea for the Republic of Lucca.
San Gimignano 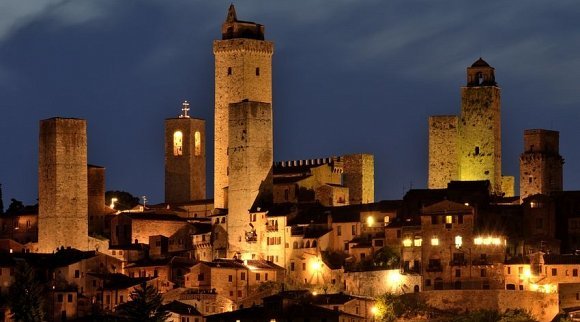 San Gimignano is an Italian hill town in Tuscany, southwest of Florence. Encircled by 13th-century walls, its old town centers on Piazza della Cisterna, a triangular square lined with medieval houses. It has a skyline of medieval towers, including the stone Torre Grossa. The Duomo di San Gimignano is a 12th-century church with frescoes by Ghirlandaio in its Santa Fina Chapel.
Your Hostesses 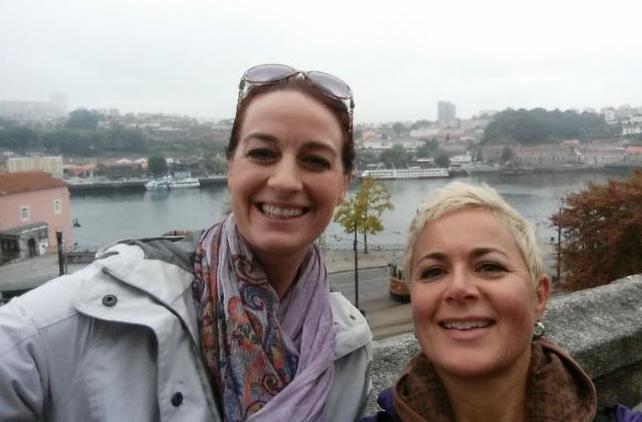 Nova Guthrie & Petra Jahn
Travel and yoga – what a beautiful combination! Each trip we take with our small groups of adventure seekers brings something new and different while always holding space for renewal, discovery, growth, and simple joy.
Italy is an ancient area full of history and beauty. Its people are feisty and fun-loving and its food is not to be missed. At ZenRock we spend time getting stronger, finding more flexibility, building better habits and maintaining healthy balance. Our yoga journeys are a further exploration of that healthy balance with the added bonuses of food, wine and friends. We can’t wait to have another adventure and to share Tuscany with you.
For more about your hosts check out the website
Yoga classes are customized to address the needs of all students, offering variations for beginning through advanced practitioners. All excursions are optional and will be customized to the abilities of the participants.
There are seven double rooms available!
Reservations are on a first come, first serve basis.
Please contact us to make your deposit or use our Mind Body site.

Airfare, meals outside the villa and planned excursions, and non-itinerary activities are not included in the quoted price.

To embrace the spirit of travel please allow for changes to the itinerary or any scheduled event due to weather, guides and the unforeseen.
ZenRock Fitness LLC 18047 NE 68th St Suite B-100 Redmond, WA 98052

This site uses Akismet to reduce spam. Learn how your comment data is processed.